A cookie is information stored on your computer by a website you visit. Cookies often store your settings for a website, such as your preferred language or location. This allows the site to present you with information customized to fit your needs. As per the GDPR law, companies need to get your explicit approval to collect your data. Some of these cookies are ‘strictly necessary’ to provide the basic functions of the website and can not be turned off, while others if present, have the option of being turned off. Learn more about our Privacy and Cookie policies. These can be managed also from our cookie policy page.

An Autumn of Scything with MS4N

Last month MS4N had the great pleasure to host multiple scything workshops with professional scyther Kevin Austin. Two sessions were at one of our new sites in Helston, Helston Cemetery, and the other one was at Castle Park, Liskeard. 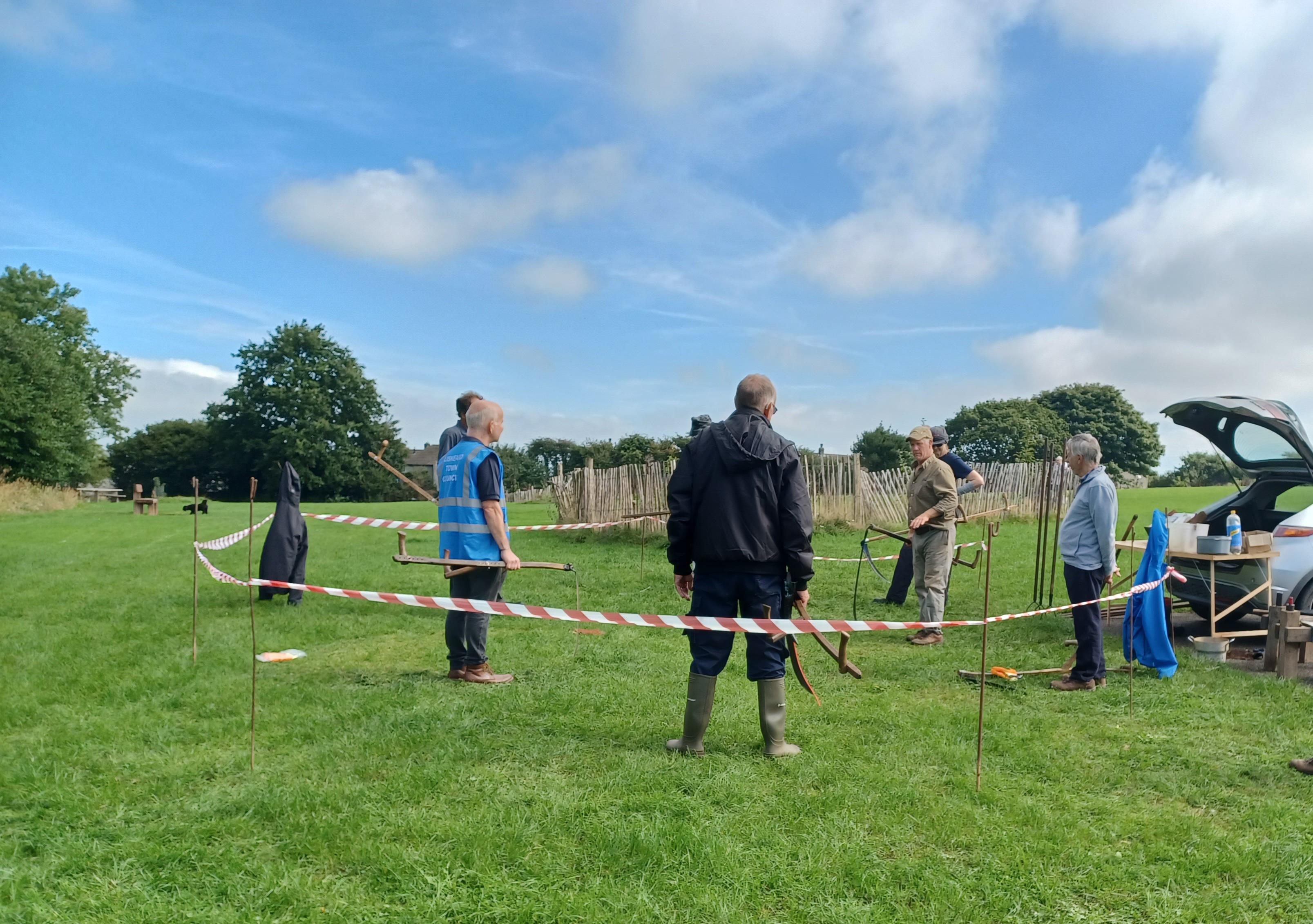 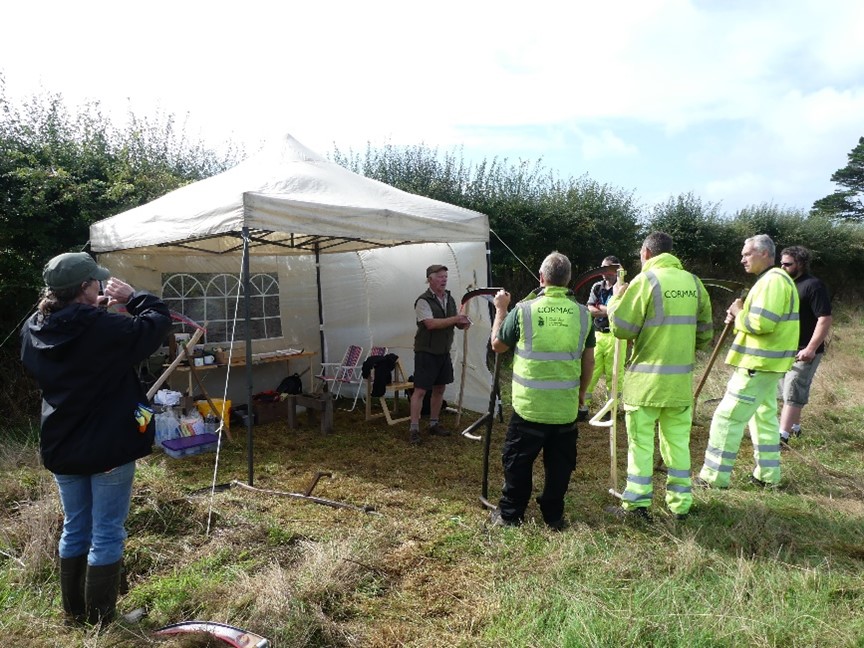 All three sessions were well attended and had a wide range of people coming along to give scything a go. Kevin led the workshops and started by talking through the scythe parts and how to set up and work safely. There was lots of new terminology for everyone to learn: snath, rib, tip, tang, beard and clamp… 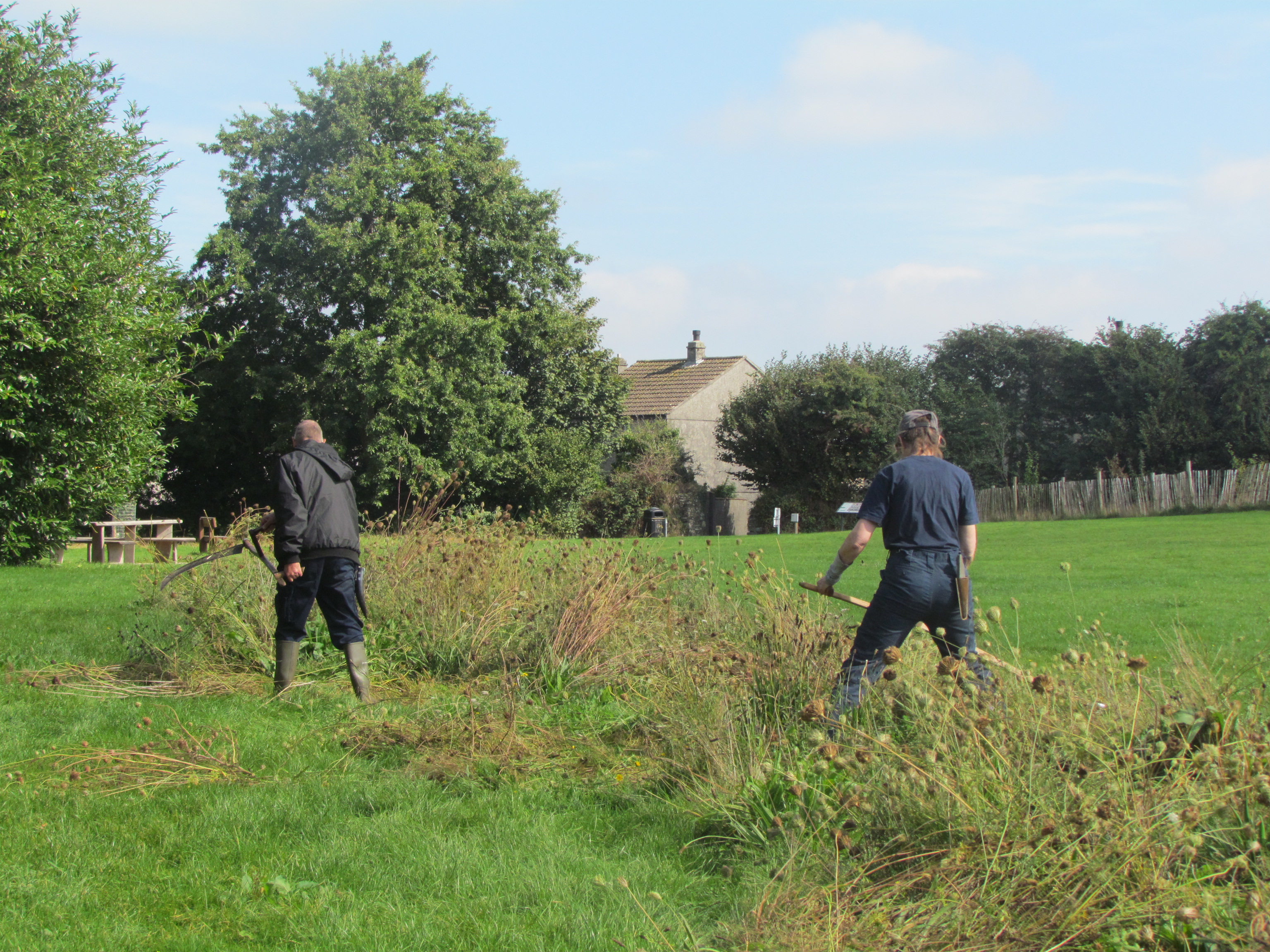 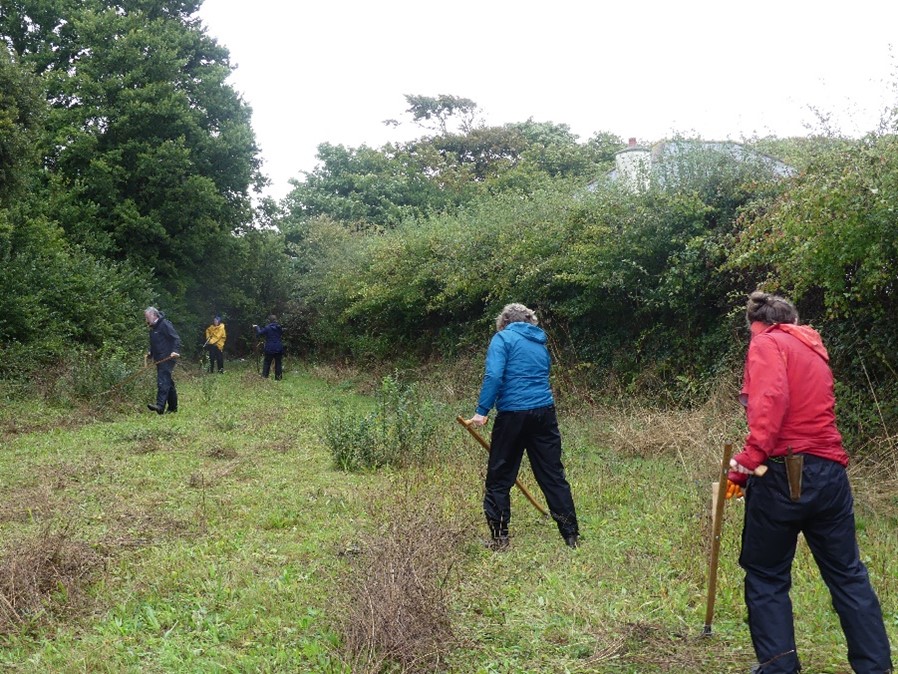 Once everyone had been shown how to use them safely they had a go at scything themselves. At Castle Park we had several large wildflower meadow areas that needed cutting and at Helston Cemetery there were large areas of quite challenging grassland that needed cutting. 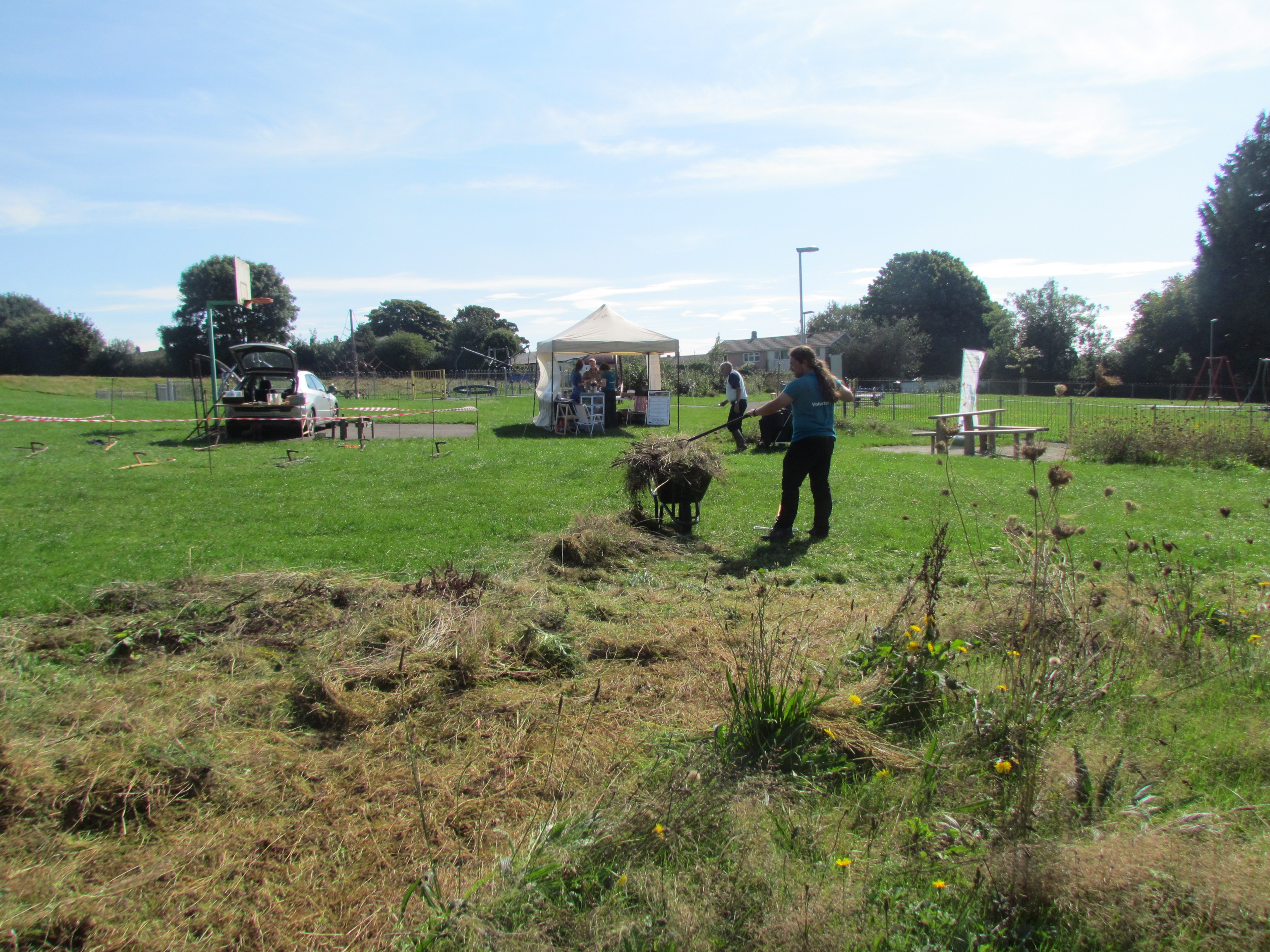 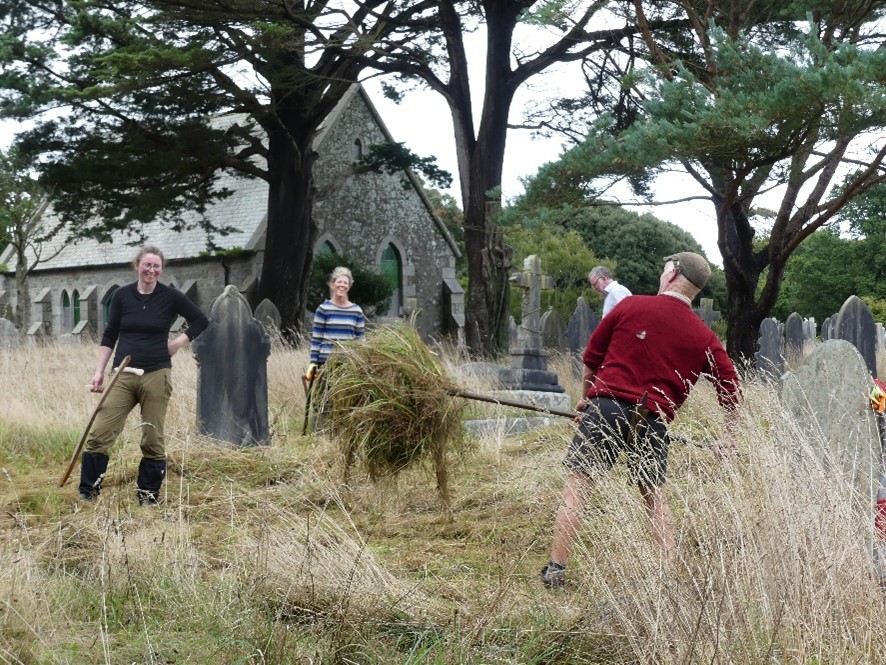 The scythe is a versatile and economic tool and is suitable for wildflower management in smaller areas as well as grass cutting. It is very useful for scrub management, with clean stubble, rather than mulch left behind after strimming and is also a carbon neutral and eco-friendly method of environmental management.

All the people that attended these workshops greatly enjoyed the opportunity to learn this traditional technique and Kevin was a great teacher passing on his knowledge to future scythe enthusiasts.